The-Lost-Art.com For The Love Of The Beat Blog Joins TLA

The For The Love Of The Beat Blog, formerly located on Google Blogspot, has now joined TLA. For The Love Of The Beat was founded by erisdj in early 2010 in order to showcase some of the best breaks found on Soundcloud. Being a DJ myself, I found soundcloud to be a great source of information and sneak peeks into upcoming releases as well as an awesome storage shed filled with thousands of great re-rubs. Soundcloud has millions of users so I would (and still do) sometimes spend hours and hours sifting through everything to find the gems. There are of course DJ’s and producers who regularly put out quality mixes and tunes, however some of the best stuff I’ve come across has been by someone who I was not formerly familiar with. It was for this reason that I started the blog and was as simple as if I found a tune I liked, I posted it up on the blog so maybe the next person wouldn’t have to spend the hours searching and searching for quality music. The blog regularly published both well known and independent artists and dj’s alike, but it’s true spirit and main source of pride was always in highlighting and helping to promote more independent DJ’s and Artists.

As time progressed, the blog did serve exactly that function and I received many emails from DJ’s and just plain old breakbeat fans thanking me for introducing them to an artist that they never heard of before but 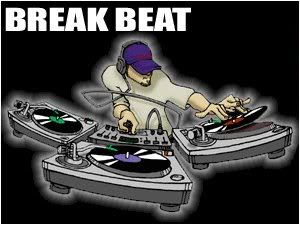 have since fallen in love with. Doing the blog and helping to promote releases also allowed me to make a lot more friendships in the industry and since For The Love Of The Beat’s opening I have received more and more emails from DJ’s and artists asking me to assist with the promotion of their latest release or mix or to help with getting a new soundcloud group up and running.

Now with regular readers and a solid base, it was time for the blog to grow and expand into new content so that it would be able to reach a broader audience and get the music out to more and more people since that is the core purpose of the blog, to simply bring great breakbeat to as many people as possible. With the limited functionality on blogspot, I began looking for a new home. The very first site that came to mind was The Lost Art. I have been familiar with TLA since it’s inception when it was first introduced to me by Kinetic Communion. The core principles and purpose behind The Lost Art jived well with my own and I/the blog was fortunate enough to have my proposition accepted by TLA and had to look no further.

For The Love Of The Beat and erisdj are very excited and grateful to have been afforded the opportunity to join the TLA family and become a part of the very close knit and professional community here.

With the move to TLA, the blog will now be publishing a weekly Soundcloud showcase and will also now be regularly bringing you exclusive Interviews and Features with Producers and DJ’s from around the world.

For The Love Of The Beat’s first Exclusive interview will be with Storm-E in support of her first signed breaks track entitled “Swipe the Funk” which will be released in June on Frontzide Records. The interview will also feature an exclusive TLA promo mix, so stay tuned and don’t miss out!

Producers, Labels, and DJ’s can forward any press releases, promo tracks, soundcloud links, mixes, etc that they wish to be considered for publication to erisdj at gmail dot com.

15 Views 0 Ratings Rate it
Tagged as breakbeat, Breaks, DJ/Producer, erisdj, For The Love Of The Beat.