Welcome to For The Love Of The Beat’s’ Weekly Soundcloud Showcase. The Showcase highlights the editor’s top 10-20 breakbeat tunes found on soundcloud within the previous seven days (sometimes more, sometimes less, depending on the availability of quality stuff that week). Included are original productions, official or unofficial remixes re-rubs/edits, or DJ Mixes. Ideally the tunes will have been posted within the past week, however occasionally some older hidden gems are found and are included as well.

Lots and Lots going on this week! First, the editor’s #1 pick this week is a Florida Breaks with bits of Acid banger of a track from Pillform entitled “The Sound of Oh”. It’s set to be the B side of his next release, and if this is the B I absolutely can’t wait to hear the A side!! This week’s showcase also includes some packs for producers as well as a remix contest. For Producers, there is Rankin Audio’s Mastering Racks, which 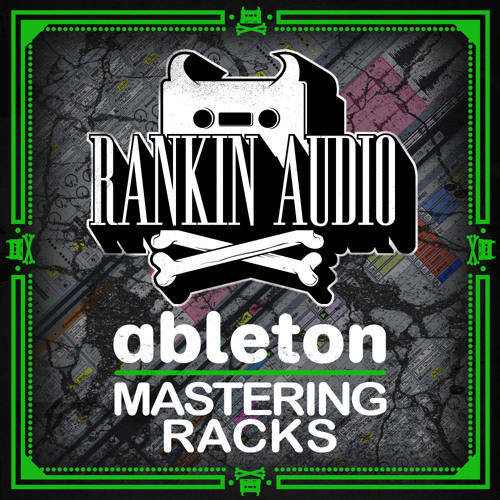 include literally drag and drop mastering for producers. That one’s up for purchase on their site, BUT a bit ago Rankin Audio was kind enough to put out an all FREE pack of massive presets so those are included in the set below as well as Tripwave’s album of Breaks/Electro producer loops which is also up for free download.

Also for producers, Funndark Records is currently having a remix contest for The Brain Killer’s “Satisfaction”. More info as well as the pack of remix parts can be found on their soundcloud here but the following is some of the info/rules if you are interested: Prize: Remixes will be released on Funndark Records with 50% royalties paid to the winner for sales of the remix. There will be 2 winners from the Breaks styles and 2 from Glitch Hop styles. Rules: Remixes should be within the Breaks or Glitch Hop styles. The remixes should include all pack samples. Remixes can be uploaded to SoundCloud with downloads disabled.Remix Parts and Submission Method: The remix parts can be downloaded from this SoundCloud set. Completed remixes should be sent to funndarkrecords@gmail.com.

Then back to our normally scheduled programming-there are some great tunes like an old school breaks acid track from Pinky & The Brain/Good times Recordings, DJ Catastrophic & Johnny Cage’s- Blindsided (Dave London Dub mix), Lots of good stuff out of Florida like Rhythmic Bliss’s latest original “So Damn Tuff” who you can check out more from on his soundcloud page here, the latest re-rubs from DJ Tooltime (who by the way has an upcoming exclusive interview with The Lost Art!), Aaron Sigmon, and a dope John Cody remix for free download as well as the latest from Stanton Warriors, and as always plenty of more great breaks tracks! Thanks for listening and hope you enjoy the tunes! For consideration in the showcase, producers, dj’s, or labels can email erisdj at gmail dot com or contact via soundcloud here or here or submit your track via drop box here.

33 Views 0 Ratings Rate it
Tagged as BLOG, breakbeat, Breaks, erisdj, For The Love Of The Beat, The Lost Art.